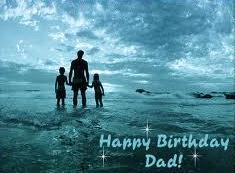 It all started with Dad telling me to come home on the 27th. Soon, normal talk turned to requests and then to bribes (yes!! We did that, bribe each other to get things done :P) and then to threats… And I had to relent. Picked up a gift for Dad, called Mum to get his favorite Black forest cake and keep it secret!! As usual, Dad started calling me for my whereabouts when I was around 10 kms away from my house and he was right there to pick me up at the bus stop. It was fun to be with Mum and Dad, called Lil’ K , teased him that he was missing all the fun and then threatened him to come home as early as possible, after all it was Dad’s 49th Birthday…


Around midnight, Dad entered my room and asked me for his Bday cake :P I mean it was supposed to be a secret, but how can it be a secret if we repeated it every year, every birthday… We got up, relished the cake, the gulab jamuns, the rasgullas.. yes we have a sweet tooth, the entire family… Called up Lil’ K again, such a bitch I can be at times!! For a change, gave Dad and Mum this big bear hug… they were taken with surprise, we dint usually show up our emotions so loud. Then finally I entered their bedroom and dint know when I slept, right there between them… :P

Next morning saw Dad getting impatient. He dint know why the rest of the family hadn’t wished him yet. I assured him they would , but he was impatient, the first of the times I saw him being impatient for something so petty. So, we ended up dropping messages to one and all in the phone book reminding them of his birthday.. And then came the cooking spree… we cooked and cooked.. cooked till we dropped.. It was a nice family thing and when everybody left, we happily opened the gifts… and called it a night…

Cannot write in words, the enthusiasm, the love, the fun…. One of a kind

BTW I got a promotion on your Bday…

How fortunate is that!! If only you were here to share my happiness!!