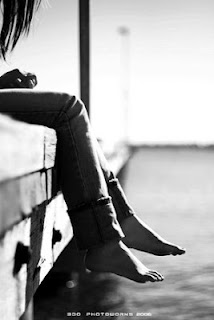 “I love the rains. I love you. I love you more during the rains… “, she penned in her diary thinking about him. Her cheeks turned a light shade of pink, blush. As she peeked in the mirror, reflections of her past made her blush even more. The rains, the wet roads, the romantic rides, his cologne – which always drew her to him, everything picture perfect. She dressed in dark clothes; he loved seeing her like that. So, when her white skin shone through them, she couldn’t but laugh at his eyes playing with her, waiting for her to be in his arms. When the raindrops trickled down her neck, he loved seeing the mosaic they formed with her hair and skin. He loved the feel of her wet skin and so did she, though she did not confess it like he did.


It was raining yet again today and she longed to see him. They met every day except the few days when he'd be too tired or too busy with his work or family. It has been long; she thought that she had enjoyed the rains with him. He had become very busy with work since some time. She understood, but how much she longed for those fun days to be back. The rain, the music, the wet roads and her loneliness, she picked up her cell phone. She kept it back, knew he would be busy or tired. As loneliness took over her, she reminded herself of the individual she was, her individual self, independent and free like a bird. Not that he had caged her, but yes, she had grown on him, like a parasite, just that she dint suck his blood. Everything she wanted to do, she would ask him. When she otherwise enjoyed being alone, now she longed for him. The lonely shadows made her afraid. As she tried to pacify her puzzled mind, reluctantly she picked up the cell phone again and dialed his number. Sometimes the heart scores over the mind!!

He dint receive the call. She negated the thought of calling him again, knew he would call back. However, he didn’t. She called again, this time sure he would receive it, but he did not. She dropped him one of her cute sugary messages he loved. She started getting dressed. She marveled how beautiful she looked when she thought of him, a simple T and jeans, but yet awesome. Love makes you look beautiful. She called him again, one last time she told herself. He received the call. Sleepy to the core, he sheepishly told her he wanted to rest. Lovingly, she quoted her "I love you" and "I understand" and disconnected the call. How could he not understand the longing in her voice? How could he not know how much she loved the rains and wanted to enjoy them with him? Not a big deal, she told herself, but 'not-a-big-deals' are usually big bloated bags of worry.

As she changed into her night suit again, she knew he would not come. Gone were the days when he told her on the phone that he was busy, could not meet, and surprised her by ringing her apartment bell. As she peeked in the mirror, her reflection changed. "I don’t really look that beautiful, do I", she questioned herself. Multiplied kilos, added inches, does he still love me? As the questions whirl pooled inside her brain and tears rained from her eyes, she stepped out in the rain. No, she dint enjoy it this time. Her tears brought sorrows that even the rains she loved could not soothe. Remorse filled her, regret for forgetting her own self, regret of giving no importance to the once charismatic girl she was, regret of not loving her own self.. He called... her heart skipped a beat... How much she wanted him to comfort her. He said he wanted to meet a friend over coffee. Priority, her agitated mind shouted. She brewed herself some cappuccino and dig into the chocolate pastry she had brought for him. He called again. She did not receive. He messaged. His coffee friends would be late, he had reached early. Wanted to meet her during the interval. This time, she did not reply.

He called. She did not receive.